In 2012, the 92 Street Y created an annual event called Giving Tuesday to piggy-back on the consumer driven days of Black Friday, Small-Business Saturday and Cyber Monday. The event was meant to drive local and national shoppers online towards supporting their own community non-profits. Illinois State University joined this cause in 2014, however antiquated donation portals and online form interfaces stood in the way.

Understanding that quick, easy, and user-friendly form design was key in successful micro-financing, I and my team of designers set out to make the giving process not only easy, but delightful. In addition, I worked with marketing and advancement divisions to develop a campaign theme and accompanying website that would host giving challenges, timely updates, and redesigned mobile-friendly giving forms. 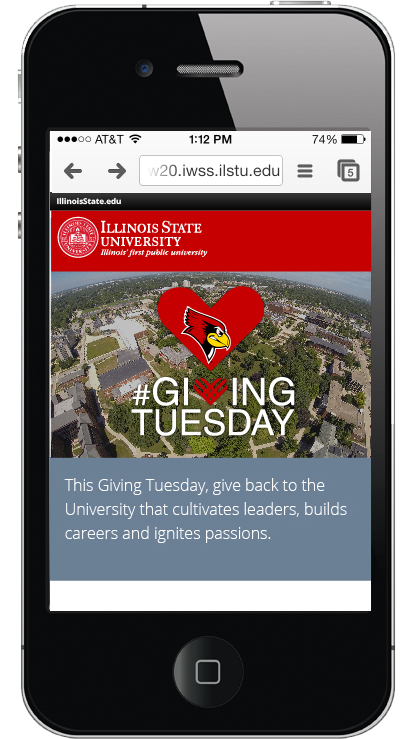 Giving Tuesday’s brand is one that can be attached to other brands. Working closely with the marketing arm of the university, we created a logo that would fit within the national event, but be recognizable to the Illinois State family. The look and feel of the website was to draw off the core brand, and feature iconic imagery that would remind donors and alumni the thrill of explored passions. A clean, quick user interface was paramount to drawing thousands of short-term gifts in one day. 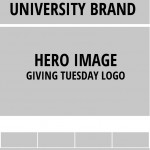 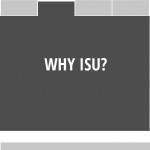 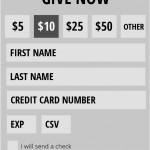 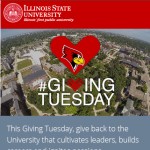 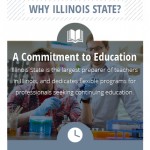 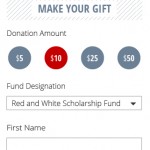 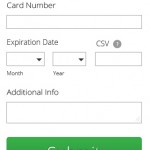 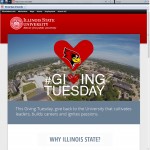 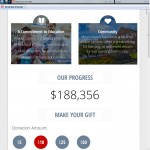 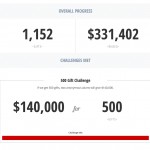 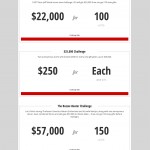 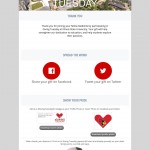 The first year of the initiative proved to be wildly successful, raising over $331,400 to support scholarships and University programs. The day was also the single biggest fundraising effort for WGLT, the local NPR affiliate housed within the University. The effort also called attention to email marketing bottle-necks in the fundraising process, an issue that was resolved the following year. In 2015, donations grew to $556,700, and in 2016, $593,936. The single-page site design became a turn-key solution for focused fundraising at Illinois State University, the entire effort was awarded the Team Excellence Award for interdisciplinary work at the University.